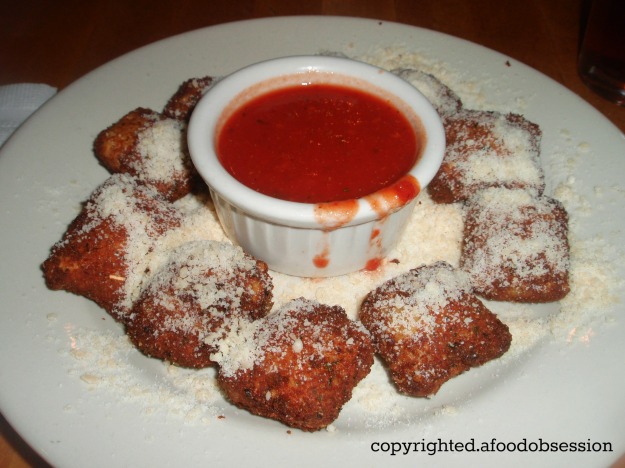 American cuisine is a mashup of practically every food culture on Earth.  There’s nowhere else that can boast so many layers of immigrant cuisines that make up the very complex notion of the United States of America.  Take one immigrant group..the Italians.  They came in droves to the USA in search of better lives and many times fleeing abject poverty and oppression.  Wherever the Italian settled in the USA there was lots of employment and it  certainly did not stop in NYC or the other usual suspects.  Italian immigrants settled all over the US and one midwest city, St. Louis, Missouri was certainly no exception.  Italians from the far North, from Milan and Lombardia  were the majority but there were sizable immigrations from Sicily and other parts of the south.  The Milanese settled in the area still called the Hill and the southern Italians settled along the river.  Eventually the river area was fully claimed for warehouse and businesses and the old Italian enclave there was destroyed and scattered the rest of St.Louis’ downtown Italians around the area.  Notable St.Louis Italians are Yogi Berra and Joe Garagiola, American Baseball greats.  Many of the displaced Italians moved up to the Hill which is still a great place to walk around and sample some of St.Louis’ particular brand of Italian-American food.  Like the TOASTED RAVIOLI.  It’s just a fried ravioli served with sauce.  I’m sure you’ve seen them in places other than St. Louis, but here they are called TOASTED rather than Fried (which is what you’ll see elsewhere). They are generally a locally or house made meat, parmigiano, spinach and other vegetable filled small square.  One of the finest versions, and the one used in many of St.Louis’ eateries is made by the Mama Toscano Company.  They contain an old family recipe of Beef, pork, spinach, carrots, onions, celery, Parmigiano and eggs and they are fantastic.  For those outside of St.Louis you can order on line.

Back to the Toasted Ravioli story…During an evening in the late 1940’s or early 1950’s the new cook at Oldani’s, now called Mama’s on the Hill mistakenly dropped some ravioli into hot oil. The owner tried to salvage them with some Parmigiano on top…and so the story goes, and so the legend goes.  I love to have my Toasted Ravioli (they are on EVERY MENU in St.Louis, Italian and non-Italian restaurants) at Charlie Gitto’s “Pasta House” downtown.  It’s the epitome of an old school Italian American restaurant.  It’s a movie set.  It’s just perfect.

Now doesn’t that say old school?  Family owned, local workers and a mix of traditional Italian American food with the St.Louis twist.  Meat Ravioli with that greens and beef filling are more “Northern”.  To “Milanese” a dish is to flour, bread and fry it.  So you see those characteristics here in the “toasted” ravioli.  The addition of the Marinara to dip in is most likely a Southern Italian influence.  Together they make a fantastic appetizer, a party food, a first course or an entree.  More importantly the dish is a living legacy of an immigrant story coming to the United States.  Let go to St.Louis now and make some TOASTED RAVIOLI.

Mix the cheese with the breadcrumbs, oregano and parsley, and a pinch of salt and pepper to taste.

Lay out in pans or trays one with flour and one with the breadcrumbs. Dust the ravioli with the flour, then into the egg letting excess run off, then fully coat in the breadcrumbs completely covering them.  Lay them out on a baking tray.  When completely done place them into the fridge to stay cold.  Heat a heavy pan with high sides, a cast iron pan works great for this, with about 2 inches of oil.  Bring to 400 degrees if you have a thermometer or test with a cube of bread.  It will “dance”  (i love that..lol) and start to toast immediately if the oil is at the right temperature.  Make sure you have pans with paper towels or racks over them and take the ravioli out of the fridge.  Now start frying.  This should take about 1 1/2 minutes total..and they need to be turned after the first minute to make sure they don’t burn.  Only add about 5 at a time or you will reduce the oil temperature too much and then they don’t cook evenly. Serve with extra chopped parsley and Parmigiano over them along with a small cup of warm Marinara.

There…done.  Just like Charlie Gitto’s, Mama’s, Kemoll’s, and all the other classic and new restaurants in St.Louis do.  Enjoy this recipe.  SIZE IS EVERYTHING.  Stick with the meat…stick with the regular square size, not the big round ones or the tiny soup ones. 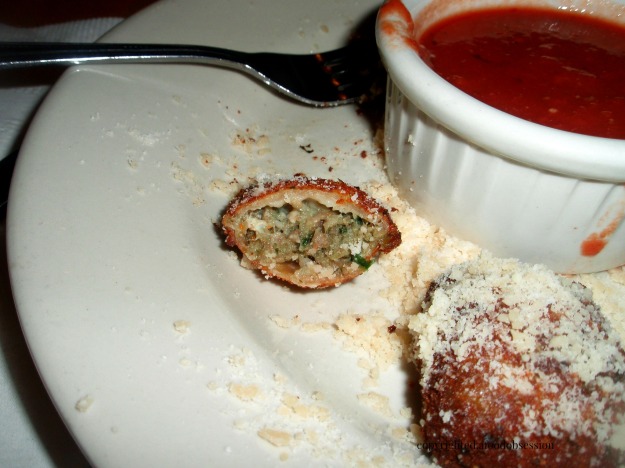 3 thoughts on “TOASTED RAVIOLI FROM ST.LOUIS”